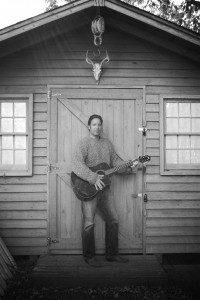 Whit Grumhaus is a singer-songwriter who lives with his wife and young son in Chapel Hill, North Carolina. He is a founding member of the Charleston, SC band COFFEE along with fellow guitarist Carl Mabry and his local band THE CHASERS. Whit’s musical interests began with two older sisters who’s dueling record players battled it out on the second floor of their childhood home. From one bedroom came the Beatles, Simon & Garfunkel, and Grateful Dead, while from the other at the far end of the hall came the Beach Boys, Billy Joel, and James Taylor. In between, Whit’s radio could just reach the Chicago stations WLS and WXRT. This was the solid base he launched from. Whit’s musical journey started as the kit drummer in the school orchestra before switching to guitar which he believes formed the basis for his unique rhythmic style.

Whit’s third album, the self-produced “There Within, Here Without,” is about to be released. It features twelve original songs. He began work on recording the album in June 2020, again at the storied Deep River Sound Studio in Sanford NC where owner John Davenport engineered the bed tracks including all the bass tracks by indefatigable and incredible Ira Dean, a nationally recognized player from Nashville, TN. From there, the journey continued to multiple NC recording studios. COVID mired the project multiple times along the way which delayed things, but thanks to Whit’s posse of wonderful engineers and a host of amazing session players, it ultimately was completed. Check local listings.

Whit’s second album “The Hungry & The Hunted” was released in January 2017 and features twelve original songs.  It was produced by Chris Stamey, founder of the dB’s, and recorded in December 2015 with his band THE CHASERS at Deep River Sound Studio in Sanford NC.  That recording studio was built in 2014 for John Davenport. Whit, who’s day job is as a licensed architect, was the project architect for the building.  The studio was conceived 15 years ago by Wes Lachot and was finally brought to life. Whit worked for the Wes Lachot Design Group from 2012 to 2017, and their studios have been built across the globe including current projects in Dubai, Iceland, New Zealand, Mongolia, as well all over the US.  Having drawn every single brick on the triangular building that is Deep River, Whit just had to record his album there. The amazing studio comes through in the mix.

Whit’s debut album “Been Here Before” is a collection of original songs he’d been toting around for years before meeting Stamey and finally recording them at his fantastic Modern Recording studio in Chapel Hill in May 2011. Whit’s earliest composition, “Icarus,” which was written in high school and performed at the talent show appears on the album along with the song “The Other Side of Rainbows” which was written on his bed in his dorm room his freshman year at college. A host of excellent local Triangle musicians added their instruments and voices to flesh out the project.