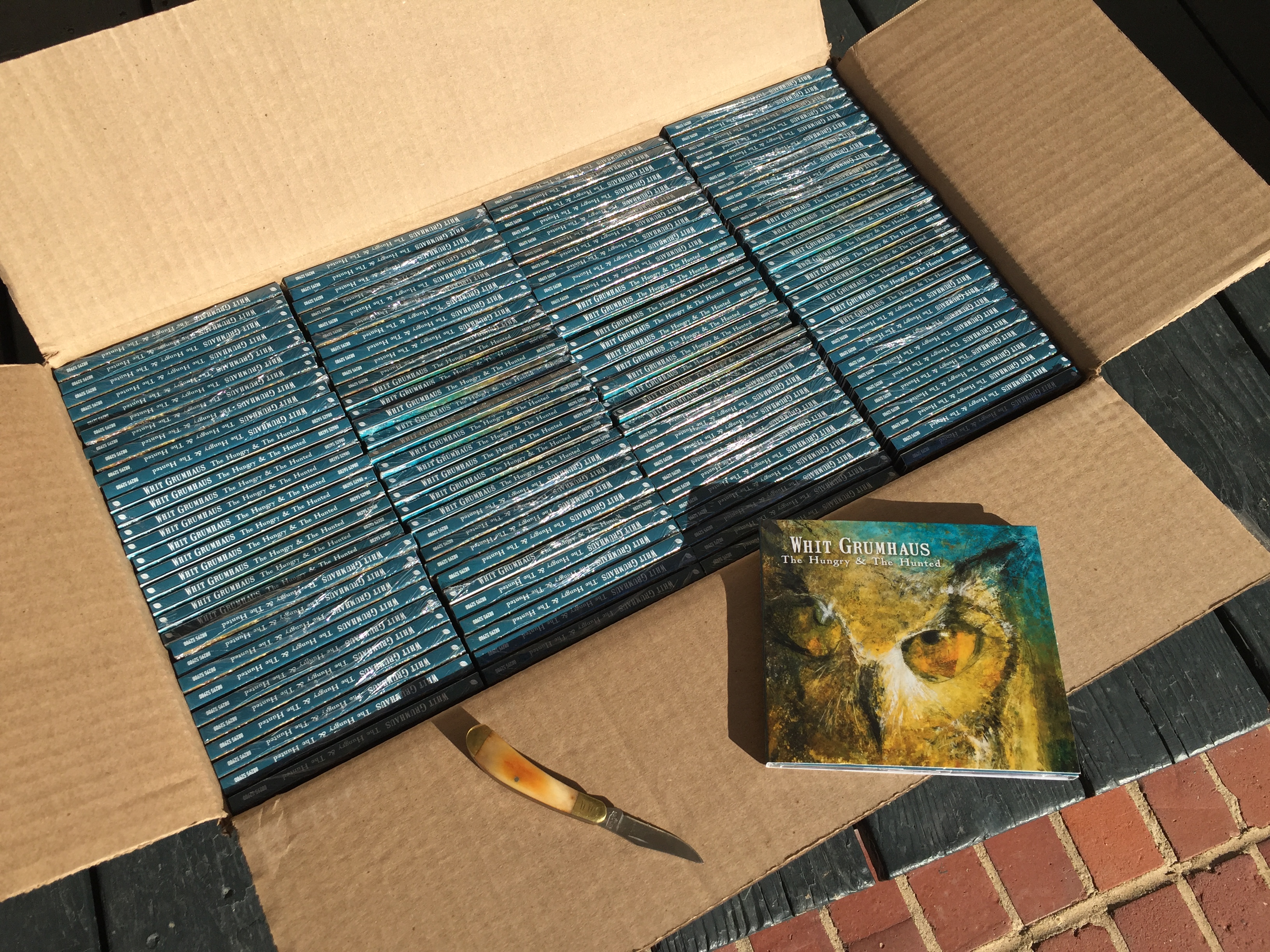 I’m proud to announce that I’ve released my second album on my Copperline Records label.  I started recording demos of these songs with Chris Stamey at his Modern Recording studio in Chapel Hill late in 2015.  He was willing to be my producer again, thank god.  Over the course of two days, I unpacked my twelve songs for him, and we were able to get them all back in the box to where we could live with the song structures and lyrics.  In December 2015, I booked a weekend of recording at John Davenport’s  excellent Deep River Sound Studio and cut the album with my band.  Throughout 2016, Stamey and I recorded overdub vocals on most of the tracks, added other musician’s parts, he performed his voodoo, and we were finally ready to mix last fall.  We mixed it at Overdub Lane in Durham which is owned by my friend and mentor Wes Lachot with whom I’ve been designing professional recording studios for the past four-and-a-half years.  John Plymale did and amazing job mixing for me, and it was great to be in the room when the final versions of these songs came out of the sausage grinder.  I again used Brett Lambert at Kitchen Mastering for the final master and suddenly everything was polished and complete.  As Springsteen sings “it’s been a long time coming, my friend.” Yes it has been, but here we are.

These songs, with the exception of “Release Me”, were all written since I put out my first record “Been Here Before”.  I did have most of “Release Me” done by then, but it wasn’t ready to go, so I set it aside.  I had carried around the songs for “Been Here Before” for decades before I actually put them on down an album.  Part of the impetus of my wanting to record them was because I had been stuck in my writing for a long time, and I felt that until those were “finished”, i.e. set in stone on an album, I wasn’t going to be able to move on to anything new.  And that was actually what happened from there.  Within weeks of “Been Here Before” being released, I had two new songs : “Smoke Signals” and “Can’t Get a Witness”. The rest came slowly, until I had ten new songs.  “Winter Soldier” and “Ordinary Rival” were laying in pieces on my desk when I first started discussing this new album with Stamey, so I pushed myself to complete them in the weeks before I recorded the demos.  I wrote all the words and music for this album except for “Through That Door” which I wrote with long-time compadre and writing partner Carl Mabry.  We’ve had our band COFFEE since 2007, and write often together.  “Through That Door” has the opening line “afternoon sunlight hits upon my face” which was what was actually happening to Carl and I as the sun poured in the west-facing windows of my studio the moment I came up with the song’s opening riff and said to Carl, “this is something”.  We decided on the concept for the song and wrote half the first verse and the chorus that afternoon.  The song took flight from there and was finished within four days.

Here’s the executive summary of what’s going on in these twelve tracks. “Walking Man” is about a malignant narcissist. If you are wondering what that is, just imagine our 45th president.  “Head for Home” traces the arc of a love affair that ascends from the ashes, reaches its zenith, then crashes and burns back into dust.  “Ordinary Rival” is about a man doing battle with alcoholism.  “Can’t Get a Witness” is about the lonely life of one who runs from love.  “Helen” is about unrequited love—got to have a song about that in there.  “Smoke Signal” is another love lost song.  “Postcard to Okemah” traces the ride of a lost sailor.  I got the idea for this song from watching Matthew McConaughey in the movie “Mud”.  Good film.  By the way, Okemah is a great little town in Oklahoma where the legendary Woody Guthrie was born.  “Release Me” tells the tale of a wolf in sheep’s clothing who has the table turned on him. “Right After Today” is about being so stuck in your past that you miss your future.  “Winter Soldier” is an ode to my friend’s brother-in-law, an Iraq war veteran with PTSD, who took his own life two years ago.  “Through That Door” is about giving up on the very people who are working hard not to give up on you.  And lastly, “Take Me with You When You Go” is narrated by perhaps  the only noble character on the record.  He’s in love with an evangelical preacher’s daughter. He’s going to follow here wherever she leads him–heaven or hell–wherever she is, that’s where he wants to be.

Hope you enjoy this record.